Show Notes:
– ‘Thieves’ (Ministry cover) was not on the setlist but played in it’s short version to get the crowd going.
– DJ Lethal played a short medley over the PA after ‘Livin’ It Up’, consisting of ‘Insane In The Brain’ by Cypress Hill and ‘Hip Hop Hooray’ by Naughty By Nature. After that, Wes and John jammed the bridge of Metallica’s ‘Master Of Puppets’ and the intro of ‘Alive’ by Pearl Jam before ‘Gold Cobra’ was played.
– ‘Nookie’ was played until the second chorus and went into ‘Full Nelson’, for which Fred got BizkitLive founder Garo on stage to join him on vocals.
– ‘Behind Blue Eyes’ (The Who cover) was played until the second chorus. After that, the band decided to bring their tour bus driver Werner on stage to have him whistle an opera piece as a thank you treat. It is unknown which piece he whistled, that’s why we listed it as ‘Werner Whistle Tribute’, the same it was written on the setlist.
– The show was cut short for unknown reasons, leaving both ‘Break Stuff’ and ‘Take A Look Around’ not played. This was the first time since 2004.05.11 Pepsi Smash that none of the both songs were not played at a show.
– This was the only time ever that ‘My Way’ closed a show.

Other Notes:
– The festival was completely sold out. 8500 people were in attendance.
– Limp Bizkit headlined day two of three.
– The band was advertised to play on July 26th, but not scheduled to play until midnight, technically making the performance date the July 27th. However, the band decided to start ten minutes early, making the performance start day July 26th.
– The band plagued tight sound regulations at this show, resulting in stage manager and John’s drum tech at the time Matt Alston to rant on his Instagram post about this show. According to a report after the festival, there were disagreements with the festival’s management regarding the local sound regulations. 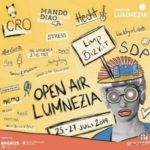 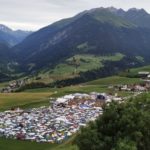 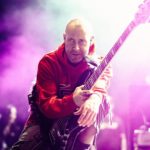 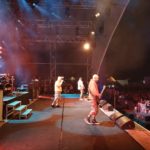 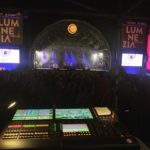