Source 1: Video – AUD (Unknown 4K Camcorder) (Center/Left Angle)
Taper: Quintin Soloviev
Time: 83:35 mins
Format: .mp4 (4K)
Comments: Full show except for part of the bridge of Livin’ It Up. Taper was in pit until the bridge of Livin’ It Up, then moved to the back of the venue. Taped from the pit, therefore some obstructions. Great closeups, rough cam audio. Uploaded to YouTube three days after the show.

Show Notes:
– This was the only time ever that ‘My Way’ opened a show.
– Somebody was throwing toilet paper around during ‘My Way’, causing Fred to order toilet paper be thrown on stage so he could throw it back into the crowd.
– ‘Thieves’ (Ministry cover) was not on the setlist but played in it’s short version to get the crowd going.
– DJ Lethal played ‘Seven Nation Army’ by The White Stripes remix and ‘Song 2’ by Blur interludes over the PA after ‘Rollin’ (Air Raid Vehicle)’. After that, Wes, Sam and John jammed the bridge and intro of ‘Master Of Puppets’ by Metallica before Wes went straight into ‘Hot Dog’.
– DJ Lethal played ‘Jump Around’ by House Of Pain and the chorus of ‘Hip Hop Hooray’ by Naughty By Nature over the PA after ‘Hot Dog’.
– After ‘Gold Cobra’, Fred mentioned that he got sick and advised to cancel the show a few days ago but decided to play the show instead and thanked the crowd for pushing him through.
– DJ Lethal played the intro of ‘Insane In The Brain’ by Cypress Hill and ‘Walk’ by Pantera over the PA after ‘Livin’ It Up’. After that, the band played ‘Smells Like Teen Spirit’ by Nirvana until the first chorus. After that, Wes did very jams of ‘Wasted Years’ by Iron Maiden and ‘Sweet Child O’ Mine’ by Guns n’ Roses.
– ‘Killing In The Name’ (Rage Against The Machine cover) was dedicated to Tim Commerford, bassist of Rage Against The Machine.
– ‘Nookie’ was played until the second chorus and went into ‘Full Nelson’, for which Fred got a fan who brought a “I want to sing on stage” sign to the show on stage to join him on vocals.
– After ‘Full Nelson’ DJ Lethal played ‘An Occasional Man’ by Gloria DeHaven (Don Tiki version) with Wes singing over it.
– Fred dedicated ‘Boiler’ to fans who requested the song when they ran into Fred at the parking lot before the show. Fred didn’t sing nor scream the last lines of the song.
– Wes played an extended jam during the outro of ‘Boiler’.
– Fred did an “it’s all about the he says” sing-a-long, animating the crowd to shout bullshit, during the bridge of ‘Break Stuff’. After that, Wes went into the crowd and played the rest of the song there before he crowdsurfed back to the crowd while DJ Lethal played ‘All The Way Up’ by Fat Joe and Remy Ma over the PA.

Other Notes:
– This was the first time ever that the band played in Québec City.
– The band headlined day two of three. 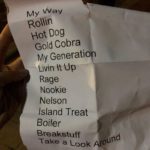 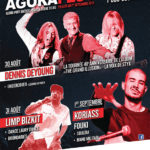 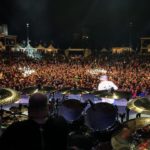 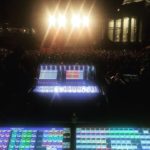 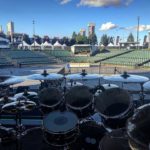 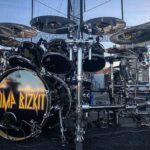 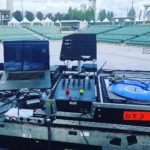