Show Notes:
– The band showcased the music video of ‘The Truth’ (until the bridge) on the background screen before starting the show with ‘Show Me What You Got’.
– DJ Lethal played following interludes over the PA at this show: ‘Seven Nation Army’ by The White Stripes remix after ‘Rollin’ (Air Raid Vehicle)’, the interlude after ‘90.2.10’ after ‘Hot Dog’, ‘Jump Around’ by House Of Pain and ‘Song 2’ by Blur after ‘Livin’ It Up’, ‘A Lesson Learned’ after ‘I’m Broke’ and ‘I Want You To Stay’ after ‘Gold Cobra’.
– Fred’s microphone didn’t work during the “ohhhhhhhh yeah come on” part of ‘My Generation’.
– During the bridge of ‘Livin’ It Up’ somebody threw a a t-shirt and a shoe on stage, causing Fred to take the shirt and keep it and to throw the shoe back in the crowd before going into the crowd for the rest of the song.
– Wes’ guitar broke down during the last chorus of ‘Livin’ It Up’.
– Somebody passed Fred a naked puppet after ‘Livin’ It Up’ on his way back to the stage. Later during the intro of ‘Break Stuff’, he brought it out on stage again and threw it back into the crowd before going into the song.
– ‘Thieves’ (Ministry cover, short version) and ‘Gold Cobra’ weren’t on the setlist but added during the show.
– Wes didn’t play the extended intros of ‘My Way’ and ‘Nookie’ at this show.
– Mr. JD King joined the band on flute for ‘N 2 Gether Now’, which was played like this: intro -> verse instrumental with Mr JD King playing flute and Fred rapping his lines of verse 1 in between -> chorus 1 -> verse instrumental with Mr JD King playing flute and Fred rapping his lines of verse 2 in between -> final chorus. This was the second of two times that he joined the band for the song. Fred did a short chorus singalong acapella with the crowd after the song.
– To start the encore, Fred and Sam came out and performed ‘Thank You’ (Led Zeppelin cover) and ‘Behind Blue Eyes’ (The Who cover) acoustically. After that, Fred brought out Nisha STar, a young female vocalist, to perform her song ‘Another Day’ on acoustic guitar before the rest of the band joined and they performed ‘Panic’ by Suicidal Tendencies with her and Fred on vocals. This was the last time that Nisha STar played her song ‘Another Day’ and ‘Panic’ (Suicidal Tendencies cover) with the band.
– Mike Muir from Suicidal Tendencies joined the band for ‘Full Nelson’. This was the last time that he joined for that song. A fan lit up pyrotechnics during the bridge, but was stopped and dragged outside by security quickly.
– Wes and John jammed the bridge of ‘Master Of Puppets’ by Metallica before ‘Break Stuff’.
– ‘Brain Stew’ (Green Day cover) wasn’t on the setlist either but spontaneously played until the first chorus after ‘Break Stuff’. After that, the band played the Nirvana Medley including ‘Heart-Shaped Box’ and ‘Smells Like Teen Spirit’ until the first chorus. After that, Wes jammed the intro of ‘Sweet Child ‘O Mine’ shortly before going into ‘Take A Look Around’.
– Starting with this show, Wes put additional make up on his face, imitating double eyes. You can see a picture of him before the show below.

Other Notes:
– This show was sold out. 13000 people were in attendance, making this the biggest headline show the band played since 2010 when they played in the same city. 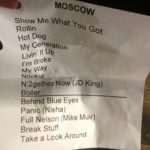 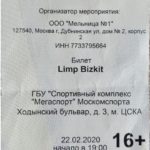 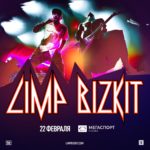 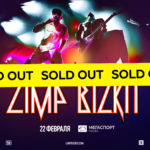 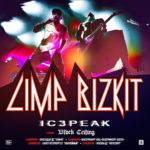 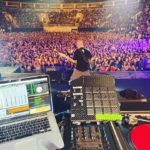 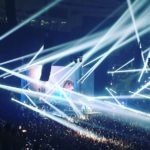 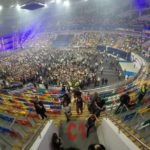 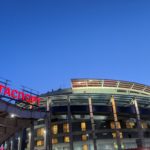 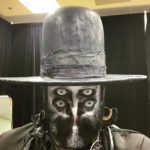