Show Notes:
– The band showcased the music video of ‘The Truth’ (until the bridge) on the background screen before starting the show with ‘Show Me What You Got’.
– Since the band played in DJ Lethal’s place of origin, he came out on stage with a Latvian flag and hung it over one of his consoles for the entirety of the set.
– ‘Thieves’ (Ministry cover) wasn’t on the setlist but played in it’s short version to get the crowd going.
– DJ Lethal played following interludes over the PA at this show: ‘Seven Nation Army’ by The White Stripes remix after ‘Rollin’ (Air Raid Vehicle)’, the interlude after ‘90.2.10’ after ‘Hot Dog’, ‘Jump Around’ by House Of Pain and ‘Hip Hop Hooray’ by Naughty by Nature after ‘Livin’ It Up’, ‘All That Easy’ after ‘Gold Cobra’, ‘A Lesson Learned’ after ‘Eat You Alive’, ‘Still D.R.E.’ by Dr. Dre ft. Snoop Dogg and ‘Song 2’ by Blur after ‘Faith’ (George Michael cover).
– Fred pulled a young fan on up stage during the bridge of ‘Livin’ It Up’ and had her take a selfie with him. After that she stayed on stage with them for the rest of the song.
– ‘I’m Broke’ was replaced with ‘Faith’ (George Michael cover) for this show. Fred pulled a fan up on stage to join him on vocals but his microphone was muted.
– Since Mr. JD King appeared only in Saint Petersburg and Moscow, the band played ‘N 2 Gether Now’ like this: intro -> verse 1 without Method Man’s lines -> chorus 1 -> verse 2 without Method Man’s lines -> final chorus. Fred did a short chorus singalong acapella with the crowd after the song.
– ‘Full Nelson’ and ‘Nookie’ swapped spots for this show.
– Fred brought somebody from sidestage on stage during the first verse of ‘Nookie’ to join him on vocals until the bridge.
– To start the encore, Fred and Sam came out and performed ‘Thank You’ (Led Zeppelin cover) and ‘Behind Blue Eyes’ (The Who cover) acoustically.
– ‘Brain Stew’ (Green Day cover) wasn’t on the setlist but spontaneously played until the first chorus after ‘Nookie’. After that, the band played the Nirvana Medley including ‘Heart-Shaped Box’ and ‘Smells Like Teen Spirit’ until the first chorus before Wes went straight into ‘Break Stuff’.

Other Notes:
– This was the first time since 2009 that the band played in Latvia.
– Roughly 10000 people were in attendance.
– Following the organizer splitting the pit in two small sections to gain more ticket sale revenues at the last show in Kaunas, the band insisted that the show in Rīga would have one big pit instead of two small split pit sections. 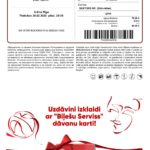 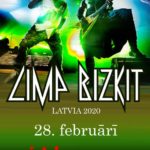 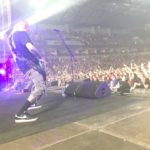 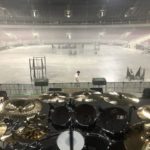 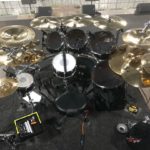 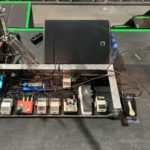