Show Notes:
– This was the first show with Brandon Pertzborn on the drums. For reasons unknown to this date, John Otto could not play any of the shows in 2021. This was the first time ever that live drum duties were handled by someone else than John. Therefore Fred is the only member to have ever played all Limp Bizkit shows.
– Wes debuted a brand new stage outfit at this show including a new mask. He also debuted his PRS four-string guitar at this show, playing it on ‘Nookie’ and ‘Full Nelson’.
– After ‘Livin’ It Up’ DJ Lethal played a short medley of ‘Party Up’ by DMX, ‘Insane In The Brain’ by Cypress Hill and ‘Walk’ by Pantera. Following that, Fred announced that he is engaged and Wes and Brandon jammed the intro of ‘Welcome To The Jungle’ by Guns n´ Roses. After that, Fred brought a fan who brought a sign that said “roses are red, violets a blue, let me show you my Limp Bizkit tattoo” on stage.
– DJ Lethal played a second short medley after ‘Full Nelson’, including the intros of ‘Seven Nation Army’ by The White Stripes and ‘Jump Around’ by House Of Pain.
– DJ Lethal was slightly late on his cue during the bridge of ‘My Way’.
– Wes started ‘Break Stuff’ but stopped to jam the intro of ‘Master Of Puppets’ by Metallica with Brandon before continuing with the song.
– A fan stagedived from Wes’ side of stage during the bridge of ‘Break Stuff’.
– This was the first time since 2019.07.26 Lumnezia, Switzerland that ‘Behind Blue Eyes’ (The Who cover) was played with the studio instrumental. The song was played until the second chorus.
– This was the first time since 2019.07.14 München, Germany that Wes played ‘Boiler’ with the entire E-bow intro. Fred didn’t do his vocals at the end of the song.

Other Notes:
– This show marked Limp Bizkit’s return to the live stages since the start of the Covid-19 pandemic. Though never officially announced at the time, it is possible that the band was supposed to play there in 2020 already. Any info confirming this would be highly appreciated!
– This was a show for free sponsored by the city of Hammond, Indiana, whose mayor Thomas McDermott invited the band to play. This was the second time that the band headlined the festival after 2017.
– The band headlined night 3 of 6. 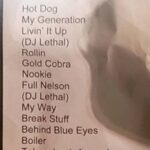 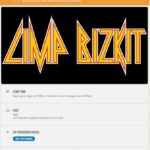 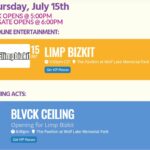 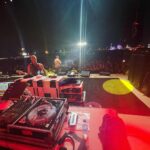 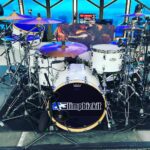 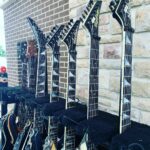 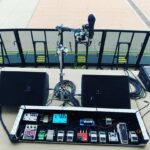 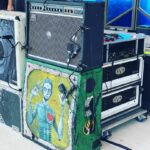