Show Notes:
– This was the first time since 2018.08.12 Winchester, England that the band opened a show with ‘My Generation’.
– Fred debuted his “dad vibes” stage persona along with his clothing style at this show. This was the start of the promotion for the new album “Still Sucks” and it’s first single, ‘Dad Vibes’. To comply with staging his new persona, he skipped a few screams at the show, most notably during the choruses of ‘Hot Dog’ and ‘Faith’ (George Michael cover).
– After ‘Livin’ It Up’ DJ Lethal played a medley including ‘Party Up (Up In Here)’ by DMX, ‘Insane’ In The Brain’ by Cypress Hill and ‘Walk’ by Pantera. Later after ‘Nookie’ he played another medley including ‘Hip Hop Hooray’ by Naughty By Nature, ‘Just a Friend’ by Biz Markie (as a tribute to him dying two weeks prior) and ‘Jump Around’ by House Of Pain.
– ‘Rollin’ (Air Raid Vehcle)’ was played without the last chorus.
– During the bridge of ‘Nookie’, Fred recalled how Interscope didn’t want the song to have the “ass” lyric in the chorus and how they didn’t want ‘Hot Dog’ to include “fuck” 46 times.
– Fred picked up a fan called Oscar on stage to join him on vocals for ‘Full Nelson’.
– Wes played ‘Nookie’ and ‘Full Nelson’ with his casual four-string barritone guitar at this show.
– ‘Counterfeit’ and ‘Pollution’ were not on the setlist but played due to requests from the crowd. This was the first time since 2019.03.05 West Hollywood, CA that ‘Pollution’ was played beyond the intro. Fred didn’t do his vocals in the usual way on ‘Pollution’ apart from the verses. It was also the first time since 2016.12.18 Cardiff, Wales (until the first chorus) that ‘Counterfeit’ was played beyond the intro. However, the song was played until the second chorus for the first time since 2016.05.23 Buenos Aires, Argentina.
– This was the only show of 2021 where the band included an acoustic section into it’s set. Fred and Sam played ‘I Melt With You’ by Modern English live for the first and so far only time ever followed by ‘Behind Blue Eyes’ (The Who cover) until the second chorus.
– Wes played the intro of ‘Boiler’ with a casual bow instead of an E-bow for the first time ever. Fred didn’t do the screams at the end of the song.
– Screens on both sides in the venue displayed the songs’ lyrics during the show, similar to the 2019.03.05 West Hollywood show.
– A brand new song, later turning out to be ‘Turn It Up, Bitch’ from the new album Still Sucks, was played over the PA as outro of the show.

Other Notes:
– This show was part of the official aftershows of Lollapalooza’s day one. Tickets sold out immediately and 500 people were in attendance.
– The show was originally advertised to take place on July 29th, but due to this being the aftershow, Spiritbox took the stage on 11pm and Limp Bizkit didn’t take the stage before midnight, making the performance date July 30th.
– This was the first time since 1997 that the band played at this venue.
– Thanks to Instagram user “slate2130” for the setlist paper and to users “jnaranjo.jpg” and “kyle.jaay” for the additional photos. 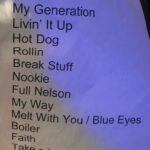 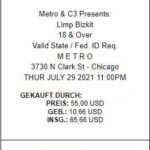 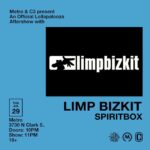 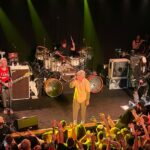 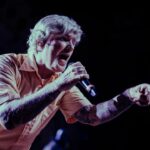 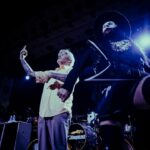 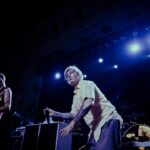 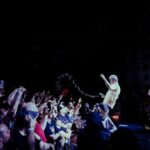 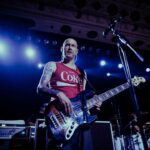 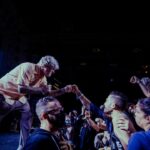 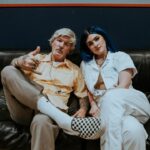 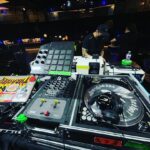 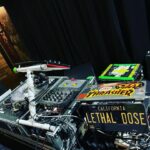 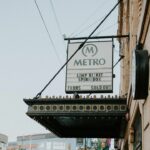 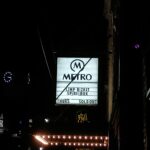 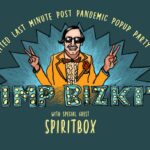