Other Notes:
– Due to the ongoing COVID-19 pandemic worldwide, Limp Bizkit’s European Tour had to be postponed once again. The festival announced a smaller version (10000 capacity instead of the usual 25000) of the festival taking place with local and European bands instead.
– The band was supposed to headline the first day of the festival.
– The festival has not yet confirmed the band as headliner for it’s 2022 edition. 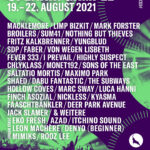 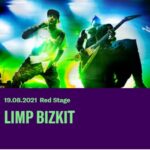