Other Notes:
– Following the cancelled US tour in August, all US fall festival shows were cancelled as well. The public announcements by the festivals came on August 25th.
– Limp Bizkit were supposed to headline the second biggest stage on day 2 of the festival. The Offspring ended up replacing them. See the final schedule below.
– The festival accidentally announced Limp Bizkit to play “Chocolate Starfish and the Hot Dog Flavored Water” and their hits, but later corrected this.
– Blue Ridge Rock Festival was sold out. 30000 people were in attendance. 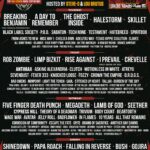 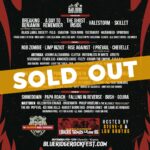 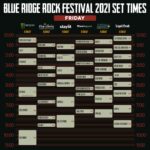