Show Notes:
– Fred slightly missed his cue at the start of the second chorus of ‘Rollin’ (Air Raid Vehicle)’.
– Wes and his guitar tech Kadaver invited people from the crowd to watch the show from their side of the stage after ‘Hot Dog’.
– DJ Lethal played the following interludes over the PA at this show: ‘Rawhide’ in A (originally by Frankie Laine, performed by The Blues Brothers) (after ‘Rollin’ (Air Raid Vehicle)’), ‘Everybody (Backstreet’s Back)’ by Backstreet Boys (after ‘Hot Dog’), ‘Party Up (Up In Here) by DMX and ‘…Baby One More Time’ by Britney Spears (after ‘Livin’ It Up’) and ‘Careless Whisper’ by George Michael (after ‘Don’t Change’ (INXS cover)). Fred made the people in the crowd slow dance with each other for ‘Careless Whisper’ while he danced with his wife Arles.
– ‘Re-Arranged’ was played until the bridge and blended into the intro kick in of ‘Boiler’.
– Starting with this show Wes’ part of the intro of ‘Nookie’ was cut short and the band would kick into the song almost immediately.
– ‘Nookie’ was played until the second chorus and went straight into ‘Full Nelson’ for which Milkie Way from Wargasm UK joined the band on vocals for.
– Fred accidently started the second verse of ‘Faith’ (George Michael cover)’ with the lines in the middle, causing him to repeat them throughout the verse.
– The Nirvana Medley wasn’t on the setlist but played before ‘Take A Look Around’, consisting of ‘Heart-Shaped Box’ and ‘Smells Like Teen Spirit’ until the first chorus. This was the first time in 2022 that the band performed these songs. After that, Wes briefly jammed the intro of ‘Sweet Child O’ Mine’ by Guns n’ Roses before starting ‘Take A Look Around’.
– Sam Matlock from Wargasm UK joined the band on vocals for ‘Take A Look Around’ from the end of the first verse for the rest of the song.
– After ‘Take A Look Around’ the band invited all opening bands on stage and the bands’ road crew to fake a goodbye including the ‘Saturday Night Live’ outro playing over the PA. Once everyone arrived on stage and “said” their goodbyes, Fred reveals that they “forgot” one song which follows in Wes starting ‘Break Stuff’ and the band playing the song straight.

Other Notes:
– This was the first time that the band played in Loveland. 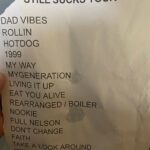 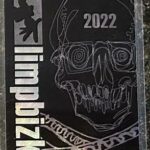 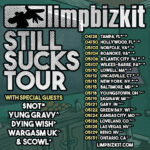 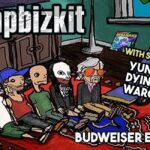